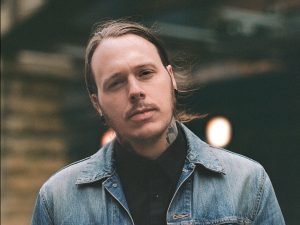 Independent VFX boutique Artjail has added a Baselight grading suite in each of its locations: one in its New York studio, and one in Toronto their newest studio that opened in January. Bringing grading and VFX together will strengthen the studio’s workflow for complex VFX projects. It will also further their reputation for short form advertising projects and long form work.

Artjail was established in 2008 by Steve Mottershead, who remains Creative Director and VFX supervisor of the group. He maintains a goal to assemble nimble, highly talented artists and focus on quality over quantity.

Colour was always a requirement for the business, but there was an opportunity to up the stakes and introduce Baselight into the pipeline. “Through the years we’ve done some grading on Flame and Resolve, but for me Baselight was always the holy grail – not to mention most of our favourite colourists were on the system,” Mottershead said. “Adding Baselight to our offering has really upped our colour game. We finally feel like we are competing at a higher level.”

Senior colourist Clinton Homuth explained the positive attractions of Baselight. “Being an overwhelmingly visual person, Baselight’s user interface is a real positive for me,” he said. “I find myself moving a lot faster, which means more time to explore. I’m a really big fan of using Baselight’s tools in combination with one another – using blending modes to smash a bunch of various looks together is a large part of my experimentation and look development process.”

While New York and Toronto operate largely as self-contained facilities with their own projects, Artjail is excited by the prospect of tighter integration between grading and the various VFX pipelines. The FilmLight BLG render-free workflow – based on the small and portable OpenEXR BLG file that can be used to share looks between Baselight and NUKE, Flame or Avid – allows editors and compositors to access the full grade, in real time, simply by exchanging the compact BLG.

“As far as integration with VFX goes, colour hasn’t completely found its place before or after yet,” explained Homuth. “So we are excited about being able to make tweaks in comp and not having to run everything through the grading suite again – this will save a lot of time. And I would love not to have to render 35 different passes of a shot as the CG gets updated.”

Having recently completed some VFX heavy spots for Realtor.com, Virgin Mobile and Geico, Homuth said, “Becoming a collaborator in the actual physical creation process is always exciting and a departure from the norm.”

“In a post world where software is mostly made for mass prosumer use, it’s nice to have a relationship with a company that takes its users into consideration,” concluded Homuth. “FilmLight is really trying to give us not only the best feature set but also an extensible toolset,” he concluded. “In the colour journey, with more flexibility in the tools there is more diversity in the results.”

About FilmLight
FilmLight develops unique colour grading systems, image processing applications and workflow tools that are transforming film and video post-production and setting new standards for quality, reliability and performance. The company’s streamlined metadata-based workflows employ robust products with cutting edge creative tools, allowing creative professionals to work at the forefront of the digital media revolution. Founded in 2002, FilmLight’s core business is centred on the innovation, implementation and support of its products—including Baselight, Prelight and Daylight—in leading production companies, post-production facilities and film/TV studios around the world. FilmLight is headquartered in London, where its research, design and manufacturing operations are centred. Sales and support are conducted through regional service centres and qualified partners worldwide. For more information, visit http://www.filmlight.ltd.uk

FilmLight teams up with ARRI in Paris creative community

Directors Cut upgrades to Baselight for HDR and 4K